Our German Principal, REMA TIP TOP is a globally operating system provider of services and products in the field of conveying and treatment technology as well as tyre repair. REMA TIP TOP provides a global service network and offers a broad range of polymer based products, linings and coatings for the industrial as well as for the automotive sector.

Our French Principal “MICHELIN”, a globally recognized tyre manufacturer, is an international company in its true sense and the largest producer of Radials tyre in the world with. Some key facts about Michelin:

Marketing operations in more than 170 countries.

1995 brought in yet another world leader to the group when marketing relations were established with Hutchinson Inc. U.S.A., subsidiary of Hutchinson Industries, France a 150 year old “TOTAL” group company. Hutchinson Industries are the worlds largest and the leading successful producer of Runflat systems used in armored military and civil vehicles.  The two brands of products manufactured by them are Hutchinson and Rodgard safety devices.

Our principals from South America, AGP, “The Global Leader in the production of the State-of-the art in Security Glass”, have been in the business of saving life since 1965 with :

Since 1955 we are enjoying an excellent cooperation with TTGA (meanwhile with the third generation) who successfully introduced RTT in India & made our brand as popular in India as it is in the rest of the world, standing for premium quality products for the automotive & for the conveyor belt industry. In an always changing environment we have gone successfully a long way together and we are looking forward to continue and develop this cooperation further to the next level.”

“TTGA is highly procedure oriented co. They keep records of the data. Whenever required, things can be taken out for discussion.”

“For over 20 years, TTGA has been a trusted partner of Hutchinson. Through our collaboration, trust and recognition of each other’s value we are able to meet our common goals and most importantly provide satisfaction to our customers” 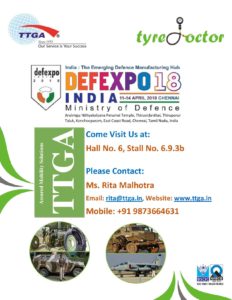